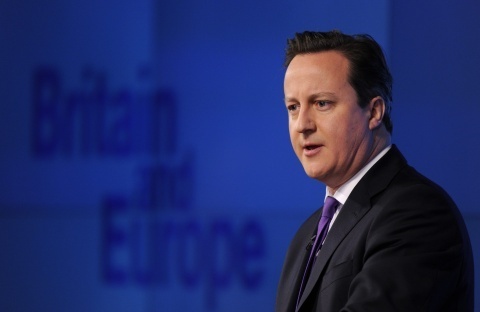 The Bulgarian governments press office has been exposed in editing the official statement of UK Prime Minister, David Cameron, on the occasion of the resignation of his Bulgarian counterpart, Boyko Borisov.

On Thursday, the Cabinet's press office published Cameron's statement under the title: "I Wish Success to Boyko Borisov at the Upcoming Election."

According to the government's press office, the UK Prime Minister David Cameron has thanked outgoing Bulgarian Prime Minister Boyko Borisov for the good cooperation within European and Euro-Atlantic structures in a phone conversation.

"Thank you for the cooperation within European and Euro-Atlantic structures and for your friendship too. I wish you good luck at the upcoming elections," the UK Prime Minister was quoted as saying.

Cameron reportedly defined the decision for the collective resignation of the government as "brave/courageous" and expressed his respect for the stance taken by Borisov.

On Thursday, Bulgaria's government approved the resignation of the center-right GERB government headed by Prime Minister Borisov with by 209 votes in favor, 5 against, and one abstention.

The official site of the British Prime Minister's Office, (10, Downing Street) however, has published the following statement:

"PM thanked PM Borisov for the strong partnership they had enjoyed on European issues and for his commitment to NATO and to reform in the EU.

As the site webcafe.bg notes, there is no mention of either courage in resigning or wishes for success at the upcoming election, and the praise is actually given for Hezbollah.