Bulgaria Socialists to Focus on Belene NPP in Next Parliament 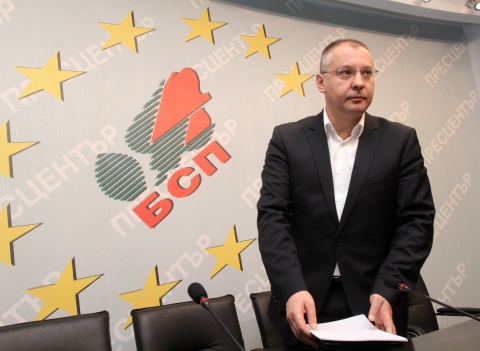 Sergey Stanishev, former Prime Minister and leader of the Bulgarian Socialist Party (BSP), has suggested that the party will treat the implementation of the Belene nuclear power plant (NPP) project as a priority in the next Parliament, if given a mandate to rule the country.

Stanishev, as cited by ITAR-TASS, came up with the announcement to foreign journalists on Thursday, after Bulgaria's Parliament had approved the resignation of the center-right GERB government headed by Prime Minister Borisov with by 209 votes in favor, 5 against, and one abstention.

Borisov's GERB government scrapped the project for the construction of the 2,000-megawatt nuclear plant project in Belene in March 2012 on the grounds that it was economically unfeasible. The move led Russia's Rosatom to file a lawsuit with an international arbitration court in Paris.

Started in the 1980s, the construction of Bulgaria's second nuclear power plant at Belene on the Danube River was stopped in the early 1990s over lack of money and environmental protests.