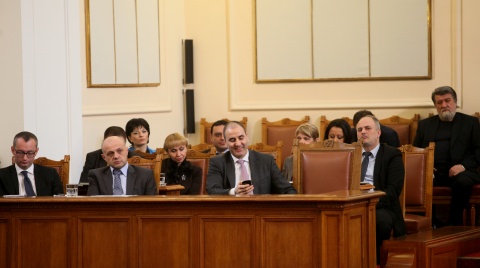 A total of 209 lawmakers voted in favor of the proposed resignation, while 5 were against and 1 abstained from voting. Photo by BGNES

A total of 209 lawmakers voted in favor of the proposed resignation, while 5 were against and 1 abstained from voting.

Bulgarian Prime Minister Boyko Borisov made the shocking announcement Wednesday that his cabinet is to resign en masse around noon. The move follows a tumultuous week of public anger over rising electricity prices, corruption and austerity measures that ignited mass protests nationwide.

Twenty-five people were taken to hospital and fourteen were injured after protesters clashed with police late on Tuesday. The Prime Minister stated that the threats of turning the massive protests bloody made him announce the resignation

If all parties in the Bulgarian Parliament decline to appoint a new cabinet, President Rosen Plevneliev must appoint a caretaker government, and then, with one single decree, adjourn the Parliament and schedule a new general election no later than two months after the termination of the powers of the last government.

Plevneliev is to make a statement on the resignation shortly after the vote.