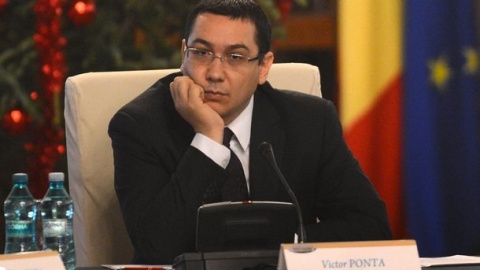 The political instability in Bulgaria may affect Romania's bid to enter the Schengen agreement, according to Romanian PM Victor Ponta.

Ponta has reminded that the two Balkan countries are set to join Europe's border-free zone together, adding that his country's accession to Schengen "will be seriously influenced by the political instability of Bulgaria", according to ACTmedia.

However, Ireland's Ambassador to Romania Oliver Grogan has refuted Ponta's statement, saying that the resignation of the government in Sofia is not likely to be a factor to influence the two EU newcomers' Schengen bids.

Bulgarian Prime Minister Boyko Borisov made the shocking announcement Wednesday that his cabinet is to resign en masse around noon. The move follows a tumultuous week of public anger over rising electricity prices, corruption and austerity measures that ignited mass protests nationwide. The vote on the resignation of Borisov's cabinet is expected around noon on Thursday.

EU interior ministers are to hold their first regular meeting under the Irish EU Presidency on March 7, when Bulgaria and Romania's Schengen bids are expected to be on the agenda.