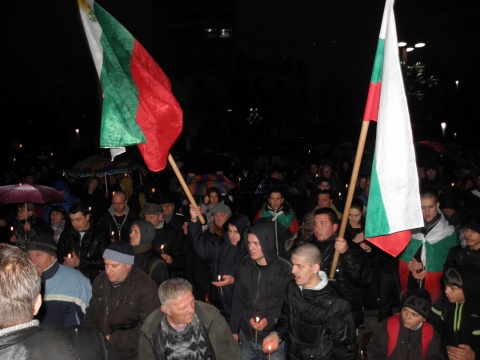 Thousands of protesters have gathered in front of the CEZ headquarters in Sofia.

There is increased police presence.

The protesters are booing and shouting "Down with CEZ" amid calls of the police to disperse.

Bulgaria has seen mass protests in a number of cities over high electricity prices.

In a bid to appease public discontent, Prime Minister Borisov vowed that a procedure for withdrawing the license of CEZ would be started, which was subsequently rejected.

The step follows a series of mass protest rallies against high electricity prices that morphed into wider discontent over austerity and the way the country is being run.