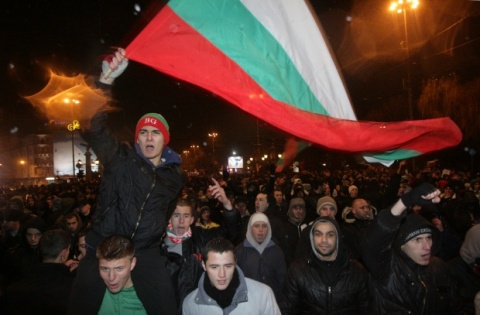 Hundreds of protesters gathered Wednesday evening at the Orlov Most junction in Sofia and headed for the Parliament building.

The demonstrators said that the collective resignation of the GERB government was not enough and would not solve the problems Bulgaria was facing.

Some of the people laid flowers at the places where clashes between police and protesters resulted in injuries and arrests on Wednesday evening.

The protesters said Thursday that outbreaks of aggression were to be prevented at all costs.

The rally reached Parliament, where a group of around 100 people, guarded by a police cordon, is expressing its support for Prime Minister Borisov.

Thursday's rally is taking place under the motto that Bulgaria needs substantial changes to the existing Constitution and a replacement of the failed model of government.

The step follows a series of mass protest rallies against high electricity prices that morphed into wider discontent over austerity and the way the country is being run.