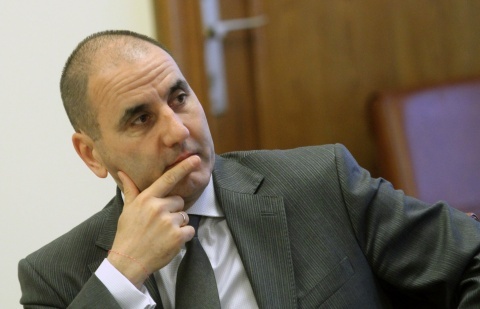 Krasimir Velchev, head of the ruling center-right GERB's parliamentary group, also backed the surprising move, adding that the party does not need to remain in power for four more months "at any cost."

Borisov made the shocking announcement that his cabinet is to resign en masse around noon on Wednesday. The move follows a series of mass protest rallies in the country.

The mass protests in Sofia and all other major Bulgarian cities was initially triggered by the shockingly high electricity bills in EU's poorest member state. However, many protesters have also demanded the resignation of the center-right GERB government.

On Tuesday, Borisov pledged to cut electricity prices in a bid to halt the escalation of mass anti-government protests that have already claimed the scalp of Finance Minister Simeon Djankov.

The Prime Minister also vowed to revoke the license of of the local unit of Czech power utility CEZ to operate the country's national grid.