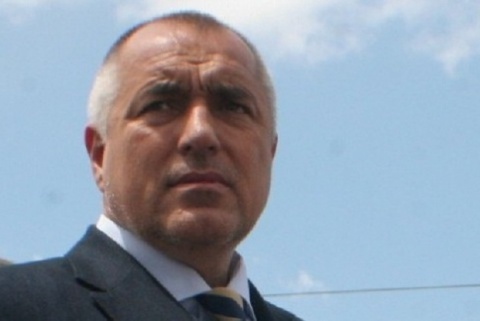 by Neil Buckley in London and Theodor Troev in Sofia

Bulgaria's prime minster on Tuesday pledged to cut electricity prices in a bid to halt the escalation of mass anti-government protests that have already claimed the scalp of the finance minister.

The protests sparked by rising energy prices also threatened to cause a diplomatic spat as Boyko Borisov said he would revoke the licence of CEZ, the Czech state-controlled utility that supplies power to 2m Bulgarians. Prague called the move "very alarming".

Monday's sacking of Simeon Djankov, the finance minister praised internationally for preserving fiscal stability but deeply unpopular at home, failed to quell three days of protests by tens of thousands in more than 20 cities across Bulgaria.

The protests, just months ahead of parliamentary elections in July, are among the largest in Bulgaria since the collapse of communism more than two decades ago. Venting their anger over high electricity bills, protesters demanded the government's resignation and renationalisation of power distributors.

In clashes between demonstrators and riot police in Sofia on Monday night that went on for four hours, police said 11 people had been detained and six patrol cars damaged.

Demonstrators gathered in Sofia again on Tuesday evening, but their numbers had dwindled to hundreds.

Bulgaria, unlike neighbouring Greece, Serbia and Romania, has managed without an international bailout. But it has seen only a weak recovery after a deep recession in 2009, and remains the European Union's poorest country.

The popularity of Mr Boiko's centre-right government has fallen sharply in recent months, and rising power prices appear to have brought resentment over economic stagnation and low wages to the surface.

Breaking an unusual three-day public silence at a press conference on Tuesday, Mr Borisov vowed to complete the remaining four months of his term.

"If we quit now, the consequences will be catastrophic," he said.

The premier added that Mr Djankov had stood down, despite his success in maintaining fiscal discipline, because he was a "poor communicator".

Mr Borisov added that three power distributors had been fined for undisclosed violations, but said he was against their renationalisation. He said electricity prices would be cut 8 per cent on March 1, if the country's energy regulator approved the plan.

CEZ could be stripped of its licence because of what prosecutors said were "systematic irregularities" in its work. Delyan Dobrev, energy minister, recently accused the company of granting 80 per cent of its orders to companies without signing contracts or holding contests.

But the Czech utility said it had fulfilled all its regulatory duties in Bulgaria, and followed public procurement rules. "[We] categorically deny any wrongdoing that could theoretically lead to the starting of a procedure for revoking our license," a spokeswoman said.

"I perceive the whole problem as strongly politicised because of upcoming parliamentary elections," Mr Necas said.