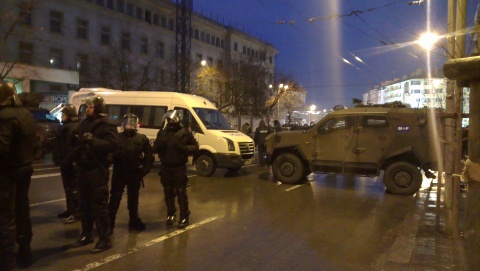 Police have clashed with protesters in downtown Sofia with reports about injured people. Photo by BGNES

Police have clashed with protesters in downtown Sofia with reports about injured people.

Some of the protesters in front of the Parliament building are voicing their discontent over the abuses of monopolies in Bulgaria, others condemn the approval for the expansion of the Bansko ski zone by an expert council at the Environment Ministry, and there is also a torchlight march of nationalist party Ataka.