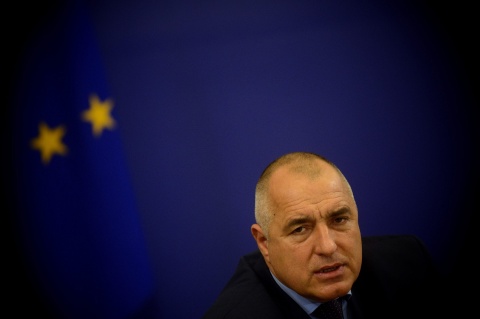 Prime Minister Boyko Borisov announced at a Tuesday press conference that CEZ would have its license revoked by the end of the day. Photo by EPA/BGNES

Czech energy group CEZ has argued that its activity in Bulgaria is in line with all regulatory and statutory requirements and there is no reason for a withdrawal of its license.

CEZ Spokesperson Barbora Pulpanova told Czech News Agency (CTK) that the company resolutely rejected any misconduct that could in theory lead to the start of a procedure for revoking the power distributor's license.

Pulpanova, as cited by dnevnik.bg, further noted that CEZ also opposed the politicization of the issue against the backdrop of the forthcoming parliamentary elections in Bulgaria.

Meanwhile, asked to comment on the growing discontent of Bulgarians over high electricity prices, Prime Minister Boyko Borisov announced at a press conference on Tuesday that CEZ would have its license revoked by the end of the day.

He emphasized that he was against the nationalization of power distributors in the country.

Peter Baran, Chief Operating Officer of CEZ Bulgaria, issued a media statement saying that the company had not breached the Public Procurement Act.

He informed that the company had been fined with BGN 15 000 and three of its employees had been issued 12 statements of administrative offence after an inspection of the Public Financial Inspection Agency (PFIA).

Baran made clear that the penalty had been imposed over the company's failure to hold a public procurement procedure to select an auditing company, while the statements of administrative offence had been issued over delayed submission of information concerning public procurement, a legally unfounded procedure for negotiating measures for improving the power distribution network, and failure to report information on an implemented contract to the Public Procurement Agency.

He emphasized that the PFIA probe had not identified breaches of the Public Procurement Act in the supplies and services between related companies CEZ Razpredelenie Bulgaria AD and CEZ Bulgaria.