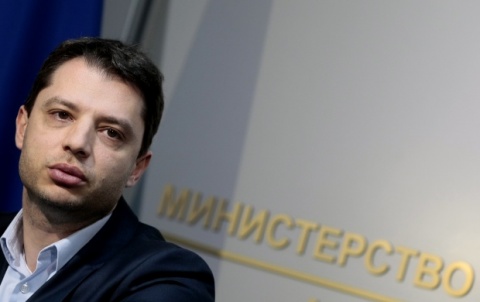 Bulgarian Economy and Energy Minister Delyan Dobrev has said that a nationalization of power distributors, which has been proposed to appease public discontent with high electricity bills, is out of the question. Photo by BGNES

Bulgarian Economy and Energy Minister Delyan Dobrev has said that a nationalization of power distributors, which has been proposed to appease public discontent with high electricity bills, is out of the question.

In a Monday interview for Nova TV, Dobrev explained that the only step that could be taken in the case of a breached license of a power distributor was the withdrawal of the permit, adding that it could only happen on the basis of solid evidence.

He noted, however, that the step would not cause energy costs to decrease.

Bulgaria's Economy and Energy Minister, as cited by the 24 Hours daily, emphasized that power bills could only drop as a result of strict control.

He further vowed that all energy contracts which had not yet been published would be made available online.

"The government believes in actions, not words. The legal amendments should be in place by the end of the week. It is easy to say that the people will not pay damages for terminated contracts but there is no way that this can happen because there is nobody who can cover these costs. If a violation is detected, a procedure for revoking the license of that power distributor will be launched," he said.

Dobrev made clear that the State Commission for Energy and Water Regulation (DKEVR) had initiated proceedings on a report of the Public Financial Inspection Agency (PFIA) on the inspection at power distributor CEZ.

Bulgaria's Economy and Energy Minister informed that DKEVR was to come up with a decision on the need to launch proceedings for the withdrawal of the license of CEZ, which supplies power to over 2 million households and companies in western Bulgaria, including the capital Sofia.

He added that the procedure for revoking the license of a power distributor lasted about a month.

Tens of thousands of disgruntled Bulgarians rallied on Sunday across the country to demand the expulsion of foreign-controlled power distributors controlling the local market.

The demonstrators called for a nationalization of the power distributors by February 22.

The mass protests against high power and heating bills in Bulgaria have been going on for over a week.

In 2004, the Balkan country sold 67% in its three power distributors to Germany'sE.ON, Austria's EVN and Czech CEZ.