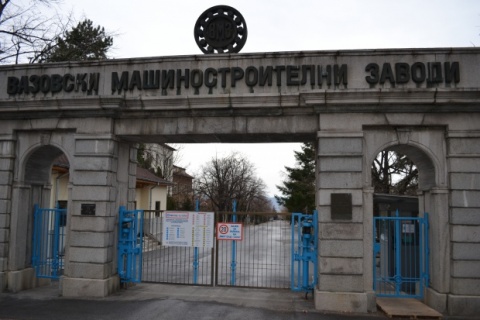 The state-owned military plant has a total headcount of over 3000, with 600 workers expected to be dismissed by March 1, and debts exceeding BGN 150 M. Photo by BGNES

The bankruptcy proceedings were commenced by Mechanical Plant-Devin AD over a debt of BGN 2.5 M accumulated in the period 2010 – 2012 for ammunition parts, the Bulgarian National Television (BNT) reminds.

According to the lawyer of VMZ Sopot, however, Mechanical Plant-Devin AD had no license to manufacture the specialized items.

During the previous closed-doors sitting on January 21, the Plovdiv-based court allowed the inclusion of a second creditor, First Investment Bank AD, and scheduled the next hearing for February 18 to allow the defendant and the court authorities to gather evidence.

On February 7, Bulgaria's Parliament took VMZ Sopot off the list of companies banned from privatization, thereby facilitating the sale of the military plant by the Privatization and Post-Privatization Control Agency (PPCA).

On January 14, the privatization of the heavily indebted arms manufacturer was terminated after the sole bidder, Sofia-based EMKO EOOD, failed to submit a mandatory deposit for participating in the procedure.

The state-owned military plant has a total headcount of over 3000, with 600 workers expected to be dismissed by March 1, and debts exceeding BGN 150 M.