Rallies Call for Nationalization of Bulgaria's Power Utilities by Febr 22 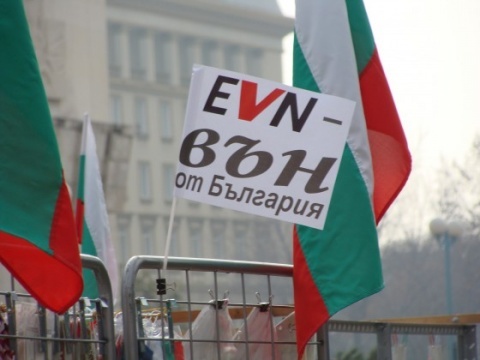 "EVN Out of Bulgaria", reads a banner raised by a protester in Plovdiv. Photo by Plovdiv24.com

Protestors across Bulgaria have demanded the nationalization of Bulgaria's three power utilities – CEZ, EVN, and Energo-Pro.

The deadline they set for the government is quite tight – February 22.

Tens of thousands of disgruntled citizens rallied on Sunday across the country in protest against the excesses of power and heating utilities.