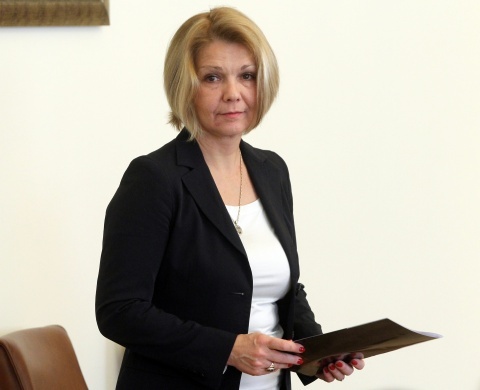 Yuliana Ivanova served as the new Chair of the State Commission for Energy and Water Regulation (DKEVR) for just four days. Photo by BGNES

Yuliana Ivanova, the new Chair of the State Commission for Energy and Water Regulation (DKEVR), has been dismissed just four days after her appointment.

Bulgaria's Prime Minister Boyko Borisov pressed for Ivanova's resignation after she turned out to be the owner of an online store selling cigarettes illegally.

In a statement, circulated to the media, Borisov said Ivanova should have informed him about that fact.

Minutes later Ivanova staged a press conference to announce she is quitting.

Online tobacco advertising and sales have been banned through the Tobacco and Tobacco Products Act since July 2012.

Ivanova, who was appointed DKEVR Chair last Wednesday, owns the company Image Code Group, which owns the online store babbetshop.com, according to reports of Trud daily.

One week ago, Ivanova transferred the management of the company.

The product list of the online store contains 30 brands of cigarettes which can be ordered, including products of majors like Philip Morris, Imperial Tobacco and JTI.

Asked to comment on the matter by Trud daily, the three companies confirmed that the online trade in tobacco products was illegal, as did Bulgaria's Customs Agency.

The customs authority, however, noted that it lacked the capacity to monitor such violations.

In an interview for TV7, Ivanova confirmed that the online store was selling cigarettes.

The new Chair of Bulgaria's energy watchdog explained that she had not been aware of the fact that the online sale of tobacco products had been banned and assured that the practice would be terminated immediately.