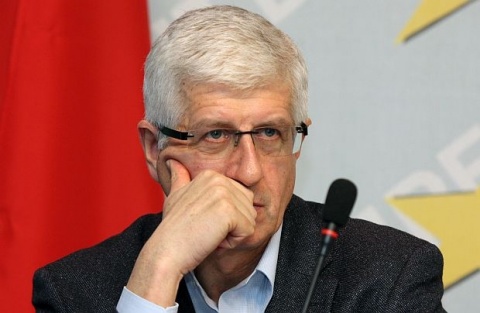 The Bulgarian Socialist Party (BSP) will never and under no circumstances agree on a coalition with center-right ruling party after the elections in summer, according to BSP MP Rumen Ovcharov.

Speaking Saturday at the 48th congress of BSP, he argued that no party had the right to appropriate the contribution of the socialists, adding that the former three-way coalition government had doubled pensions, the GDP had grown by 6% a year, Bulgaria had attracted a total of BGN 25 B in foreign investments and the unemployment rate had been 5%.

Ovcharov claimed that Bulgaria was teetering on the edge of recession and had turned into a criminal empire of thugs under GERB rule.

Commenting on the ongoing protests over high electricity bills, the socialist MP pointed out that power rates had increased by 600% from 1997.

Georgi Pirinski, Deputy Chair of the Executive Bureau of BSP, argued, however, cautioned against uncritical approaches to the rule of BSP.

He drew attention to the fact that Bulgaria topped the UN ranking by population decline, adding that the problem had to be addressed urgently.

Yanaki Stoilov argued that Bulgaria had to become economically active and regulate monopolies.

"We support a welfare state and an increased state participation in healthcare. There are a number of unresolved issues which call for radical and decisive measures. BSP will continue to take the side of citizens" Stoilov said.