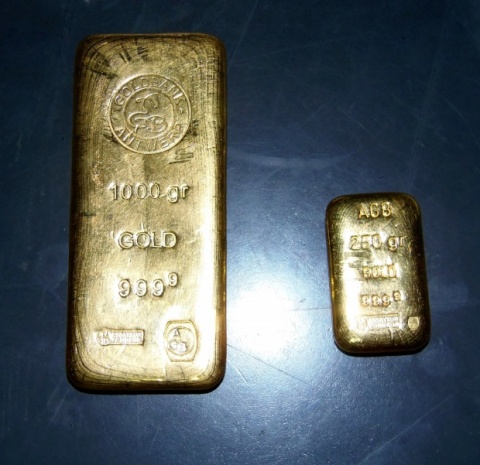 A photo of the two gold bars that a Dutch man tried to smuggle into Bulgaria. Photo by Customs Agency

A Dutch man has been detained by Bulgarian Customs officers at the Bulgarian-Serbian border crossing Kalotina trying to smuggle two gold bars.

Another Dutch man accompanying the first one was caught with a total of EUR 21 000 in his pockets, the press service of the Bulgarian Customs Agency reported.

The two Netherlands nationals were traveling to Turkey via Bulgaria; their car was searched after the customs agents found to be unnecessarily nervous.