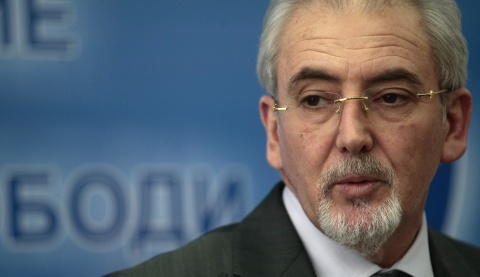 Following an hour-long debate, Bulgarian MPs rejected a proposal to introduce a possibility for interpretation in other languages during election campaigns.

Bulgarian MPs continued Thursday with the second reading of proposed amendments to the Election Code.

Under Bulgaria's existing Election Code, the election campaign is conducted in the official language, Bulgarian.

Bulgaria's ethnic Turkish party Movement for Rights and Freedoms (DPS) proposed to include a provision stating that "if necessary, and if interpretation services have been provided, other languages than Bulgarian may be used during pre-election gatherings and rallies."

The proposal was backed by a total of 21 MPs of DPS, with 92 votes against and 6 abstainees, according to reports of dnevnik.bg.

DPS leader Lyutvi Mestan defended the proposal, asking what language would European People's Party (EPP) representatives have to use to address supporters of ruling party GERB, provided that they decided to take part in a pre-election rally in Bulgaria>

Mestan accused MPs of voting against a priority recommendation of the Organization for Security and Co-operation in Europe (OSCE) and a resolution of the Parliamentary Assembly of the Council of Europe (PACE), adding that they were not supposed to act surprised by the ongoing monitoring of election laws.

"It is absurd of you to ask any European country to introduce Turkish as a second national language, or to go to New York, where a hundred different languages are spoken, and call for an election campaign in a hundred languages," he stated.

Meanwhile, MPs of nationalist party Ataka who reiterated their stance against the speaking of Turkish in public places.