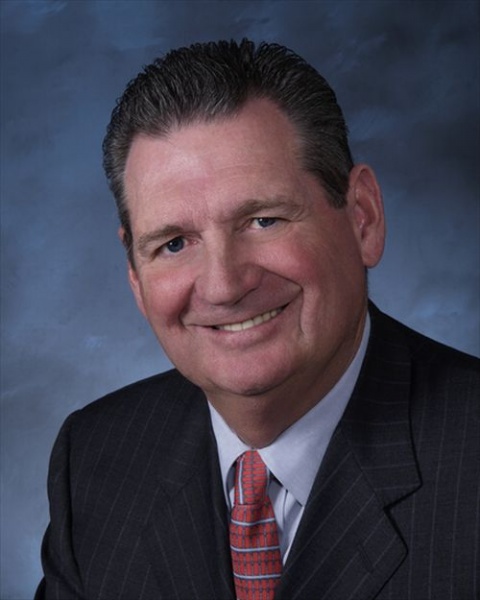 Bob Miller served as Nevada's Governor between 1989 and 1999. Photo from rjmillerconsulting.com

An exclusive interview of Novinite.com (Sofia News Agency), Novinite.bg, and Novinite.ru with former Nevada Governor Bob Miller, who is also known as one of Bulgaria's best friends internationally, including through his involvement in the "Bulgaria Dream Area" initiative.

The interview is on the occasion of the publication of Governor Miller's book, "Son of a Gambling Man: My Journey from a Casino Family to the Governor's Mansion", which is to be released officially in March 2012 but can be pre-ordered on macmillan.com, amazon.com, apple.com, or barnesandnoble.com.

Governor Miller, you are both Nevada's longest serving governor, and one of Bulgaria's best friends in the US and globally. Where do we find you now, what are up to in 2013?

In 2013, I maintain an office in Las Vegas for Robert J Miller Consulting. I help businesses or individuals in dealing with government or with other business.

I am also on the Board of two publically traded companies, Wynn Resorts ( hotel/casinos in Las Vegas and Macau) and International Game Technology (IGT) which produces gaming devices.

You book - Son of a Gambling Man: My Journey from a Casino Family to the Governor's Mansion - is due to come out officially, and is already available for pre-ordering. Drawing upon your experience, what is the message that you wish to send to your readers?

Son of a Gambling Man took many years to get into this final copy. Although it is a memoir it is unique because it parallels my life experiences and that of my family with the contiguous metamorphosis of Las Vegas as witnessed through my eyes and to some degree with my help.

I think the book demonstrates that obstacles can be overcome if you work at it. And that that is true for both individuals and communities.

Reviews say your book is that of an impressive personal story, family story, political story, Nevada story... which one of those is it more than anything else?

All of those are important and will be of varying levels based on the readers interest.

I do think that the history of Las Vegas from a dusty little railroad stop with saloon type casinos to the corporate giants of today makes interesting reading for anyone.

How did these different stories play out in your life? How did being the "son of a gambling man" help you in the "Governor's Mansion"?

The book contains many stories of my life which are unique and unusual for anyone who did not live in Las Vegas or Nevada during those years.

As to helping me as Governor certainly having witnessed the growth and changes personally gave me an appreciation as to what was needed for the future.

You were Nevada's Governor in the 1980s and 1990s. It's the conventional wisdom that the America "is not the same" after both 9/11 and the 2008 crisis. How have Nevada and Las Vegas changed since then? What is their place in a "new" America?

9/11 changed everyone perception of the risk of terrorism. The U.S. was suddenly proved vulnerable whereas prior wars etc. were fought away from or country.

It has effected travel and safety concerns both domestically and internationally.

The recession on the other hand has had a lasting effect on the local economy. We were a community where it seemed everything turned to gold and no investment was too large.

Today there is more caution and less new projects. That being said Las Vegas' economy is on the rise and we are still the best vacation destination anywhere.

Las Vegas keeps capturing the imagination of people around the world as a dream destination. Everybody knows it's unique, but what is really unique about Las Vegas? What is the important thing that everybody should be aware of about this city? Is that something to be found in your book?

Las Vegas of today bears no resemblance to the Las Vegas of my childhood and that is what the book points out. In many parts of the World the assumption is made that you can start from scratch and be Las Vegas but that loses sight of the fact that Las Vegas took over half a century to evolve to what it is today.

And today it is a destination not just to gamble but where the finest shopping, restaurants, entertainment, convention facilities, and special events all lie within walking distance of each other. It is fantasy turned into reality and that is what makes it special.

You are a long-time friend of Bulgaria – is there anything about Bulgaria in your book?

The subtitle of my book is "my journey to the Governor's mansion from a casino family" and therefore the book is mostly about the early years and career path of my life.

I do have a chapter near the end of the book which touches on my years after being Governor and Bulgaria is mentioned therein.

Many in the tourism, resort, gambling industries in Bulgaria hold Las Vegas as an example (and there are some actual imitations!), while critics have suggested that Bulgaria doesn't have sufficient spiritual and material means, and can only produce a "third-rate imitation of Las Vegas", and thus should go for alternative tourism. Would you advise Bulgarian businesses, resorts to try to take after Las Vegas? What could be Nevada's lessons for Bulgaria's tourism industry?

Copying Las Vegas is not a realistic goal almost anywhere. In the tourism conferences we held in Bulgaria annually we stressed that gaming is not the singular answer and that tourism can be beneficial in a multitude of areas.

Tourists look for relaxation, comfort, safety and places of interest. Bulgaria can provide all of those  because of the abundant natural resources, the friendly people, and the historical locations throughout the country.

Much has been done in Bulgaria since my first visit and much more can occur yet.

You were involved with the Bulgaria Dream Area initiative a few years ago. What was Bulgaria like back then, the way you saw it?

When I first landed in Sofia airport in 1998 I thought the pilot had gotten lost. The airport looked like an abandoned military post. The restrooms were bleak to say the least and transportation was on old roads.

The Black Sea resorts had no air conditioning (which is a given in the West) and the hotels were in need of newer furniture and design. But I am pleased to say that none of that is true anymore.

The airport is as fine as any anywhere, roads are better, hotels have modern conveniences. Huge strides but still there is great unrealized potential available to wise investors.

Do you have observations on Bulgaria now? Does it have a long way to go to become a real "dream area"? Would you advise foreign companies to invest there, and why? As a Governor, what's your recommendation for Bulgaria – how should it go about attracting investments, developing its economy, perhaps bring back some of its people who emigrated?

Bulgaria just needs to continue on the path it already is following. To do so the public and private sectors need to work together and not just on paper.

One comment  I make in conferences is that "There is no second chance at a First Impression" so it is important that everyone who comes to Bulgaria feel safe and be greeted warmly.

The economics will grow from that foundation because there is a well educated workforce and ample natural resources.

Change takes time but if you compare the Bulgaria I first visited to the Bulgaria of today you will read in my book a parallel to the Las Vegas metamorphosis.