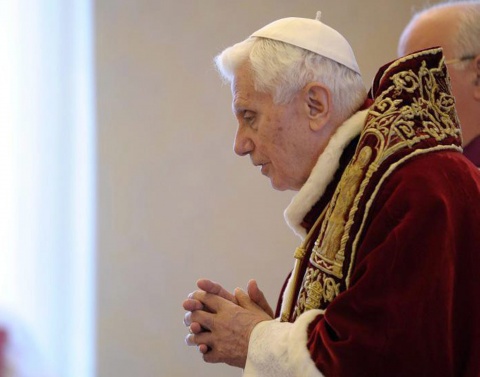 British bookmakers Ladbrokers and PaddyPower have have drawn up a list of contenders to replace Pope Benedict XVI.

According to both rankings, as cited by The Guardian, Cardinal Peter Kodwo Appiah Turkson is the top contender for the post, with odds of 5/2 according to Ladbrokers and 9/4 according to PaddyPower.

Turkson, a Ghanaian, was born in 1948 and is currently the president of the Pontifical Council for Justice and Peace.

He was elevated to the cardinalate by Pope John Paul II in 2003 and was appointed president of the Ponitifical Council for Justice and Peace in 2009 by Pope Benedict XVI.

Marc Ouellet was born in 1944 in Quebec, Canada. He is the present prefect of the Congregation for Bishops and concurrently president of the Pontifical Commission for Latin America since his appointment by Pope Benedict XVI on 30 June 2010. He was elevated to the cardinalate, by Pope John Paul II, on 21 October 2003.

Francis Arinze was born in 1932 in Nigeria. He is the current Cardinal Bishop of Velletri-Segni, succeeding Joseph Ratzinger, who became Pope Benedict XVI. Arinze was one of the principal advisors to Pope John Paul II.

Pope Benedict announced Monday that he would resign on February 28, two months before his 86th birthday, for health reasons, after serving for almost eight years.

Benedict XVI was one of the oldest new popes in history when he was elected in 2005.

A conclave will have to be convened to elect the new pope.