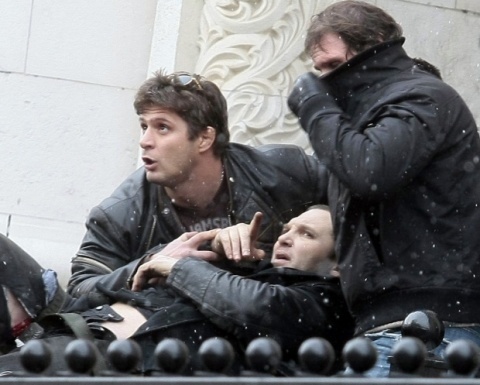 High-profile Bulgaria mobster Zlatomir Ivanov was shot in broad daylight on the steps of the main courtroom building in the Bulgarian capital last Tuesday. Photo by BGNES

Bulgarian police now have a suspect in the shooting of notorious drug lord Zlatomir Ivanov aka Baratata (The Beret), local media inform.

The Bulgarian National Television (BNT) has stated that the suspect has been traced down to the town of Kazanlak, which is located near Ivanov's hometown of Gurkovo.

According to BNT, Interior Minister Tsvetan Tsvetanov has confirmed the report, but has refused to share additional details.

Last month, Ivanov was shot in broad daylight in the vicinity of the main courtroom building in the Bulgarian capital as he was going there for an appeals hearing in an illegal drugs distribution case against him.

Ivanov survived the attack and was rushed to hospital. His condition was reported as "stable" last week.