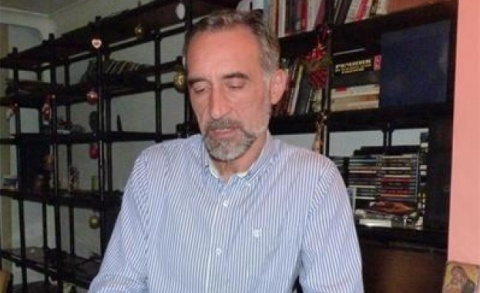 One of the leading Bulgarian pilots, Yanko Stoimenov, was found guilty by a Greek Court. File photo

The Appellate Court in Athens has upheld the guilty verdicts for the defendants in the case of the Helios Airways crash in 2005.

One of the top Bulgarian pilots, Yanko Stoimenov, is among the defendants.

On the request of the defense counsel, his 10 years jail time verdict has been substituted with a bail bond in the amount of EUR 73 000.

The courts session has been adjourned to debate the proposals of the defense attorneys for alleviating circumstances and reducing the bond amount.

A bomb threat against the Court building in Athens has interrupted the trial once again as it did on January 16.

In April 2012, a Greek court declared four former employees of low-cost Cypriot airline Helios Airways, including Bulgarian Stoimenov, guilty for an air crash that killed all 121 people on board.

On August 14, 2005, a Boeing 737-300 flying on a flight from Larnaka to Prague via Athens crashed north of the Greek capital, killing all of the passengers and the members of the crew.

The crash was the worst accident on record for Greece and Cyprus.

On Thursday, Irwin, who was the only one directly involved in the crash, as he led the team of technicians who inspected the plane before the flight, was declared not guilty by the Athens court.

In December 2011, a Cypriot court ruled that the State prosecutors had not proved their case for manslaughter and acquitted all defendants.

The magistrates in Nicosia did not accept the claims that the crew had been incompetent and that the company had failed to ensure the safety and security of the passengers.

At that point, the relatives of the victims who had gathered in front of court accepted the court's pronouncement chanting "Shame!"

The Greek prosecutor then lodged an appeal, which triggered protests from the families of the defendants.

Stoimenov, who is one of the leading Bulgarian pilots, can lose his license over the verdict.

At the beginning of January, the Union of Transport Syndicates is organized a protest rally in front of the Greek Embassy against the verdict.

According to the Syndicates, the verdict is unjust and the pilot is not guilty on any of the charges against him. With the rally, the Union also voiced opposition against the practice to criminalize transport accidents. They wanted to have a new probe in Stoimenov's case, conducted by aviation experts, not magistrates, for the benefit not only of the defendant, but international aviation safety.

The Athens Court failed to address the above demands.