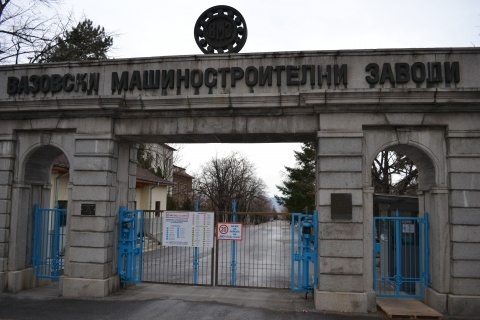 After heated debates, lasting for over three hours, the Bulgarian Parliament decided to remove troubled State-owned arms manufacturer, VMZ, from the list of privatization bans.

This means the factory will be taken out of the restrictive privatizations list, thus it can be sold by Privatization and Post-Privatization Control Agency (PPCA) without any preliminary conditions and clauses.

The vote was imposed after PPCA terminated the procedure for the sale of the military plant.

The sole bidder – Ruse-based EMKO EOOD, proposed to trade unions to eliminate from the collective bargaining agreement the procedure for laying-off personnel and upon receiving a refusal withdrew the bid.

During the Thursday debates, representatives of the left-wing opposition Socialist party, BSP, accused the ruling Citizens for European Development of Bulgaria, GERB, of giving up on the strategy for the privatization of the weapons factory, noting the only feasible option was the implementation of a recovery plan and seeking new orders.

BSP further voiced suspicions VMZ Sopot is intentionally pushed towards bankruptcy and will end up being sold "for pocket change." They said they were outraged by the absence at the debates of Economy and Energy Minister, Delyan Dobrev.

The GERB Member of the Parliament, Dian Chervenkondev, countered the factory has been in deplorable state for many years and it was not the fault of the current government.

He added that a speedy privatization will salvage VMZ Sopot from liquidation.

Chervenkondev said Thursday that a new strategy would take 8-9 months and this would be too long to avoid bankruptcy.

VMZ Sopot's workers, who have not received their wages for months, have been staging strikes since November in the town of Sopot where tensions have been boiling.

The strike, however, was called off by the trade unions on January 25th after news about the transfer of BGN 4 M for the employees' overdue salaries emerged.

The center-right GERB cabinet, led by Prime Minister, Boyko Borisov, has claimed that only a significant layoff, to be followed by privatization, can salvage the works.

Proceedings against the factory by its creditors have already been started.

The syndicalists, who oppose planned layoffs in order to privatize the plant, have been calling on Borisov and his government to fulfill their commitment to secure the future of VMZ Sopot and asked for the people responsible for the plundering of the once thriving weapons manufacturer to be identified and prosecuted.

They also announced the Prosecutor's Office has already started a probe.

The Cabinet and personally Labor Minister, Totyu Mladenov, have pledged to find work for all laid-off employees, estimated at about 900 from a total of 3 200.

All workers of the military plant are on a two-week paid leave, effective Thursday.