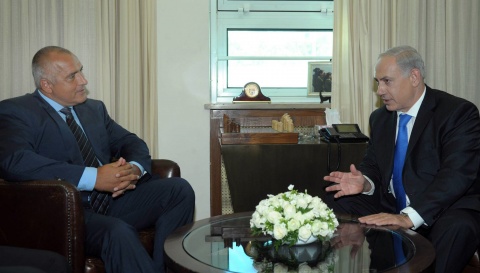 Israeli Prime Minister Benjamin Netanyahu has thanked his Bulgarian counterpart Boyko Borisov in a phone conversation for the professional and comprehensive investigation of the July 18 Burgas bus bombing.

The terror attack at the Sarafovo airport killed seven, including five Israeli tourists, the Bulgarian bus driver, and the perpetrator of the attack.

Netanyahu, as cited by Jerusalem Post and the Bulgarian Telegraph Agency (BTA), said that the results of the investigation were clear and proved Lebanese Shiite group Hezbollah directly responsible for the deadly attack in the Black Sea city of Burgas.

The Israeli Prime Minister claimed that the investigation had presented yet another proof that Iran and its agents were leading a global terror campaign which crossed borders and continents.

Netanyahu voiced hopes that the ghastly attack against a Member State would make the EU draw the necessary conclusions about the true nature of Hezbollah.

Meanwhile, the European Parliament called on the EU to immediately and unconditionally condemn Hezbollah and out it on the list of terror groups.

The call was included in an open letter to EU foreign policy chief Catherine Ashton.

A few hours after Bulgarian Interior Minister Tsvetan Tsvetanov announced on Tuesday that the investigation of the Burgas bus bombing had led to the reasonable assumption that the militant wing of Hezbollah was involved in the attack, Israel welcomed the news.

Netanyahu, who accused Hezbollah for the terror attack at the Sarafovo Airport immediately after the incident, said that it was all happening in parallel to the deadly support offered by Hezbollah and Iran to the murderous Assad regime in Syria.