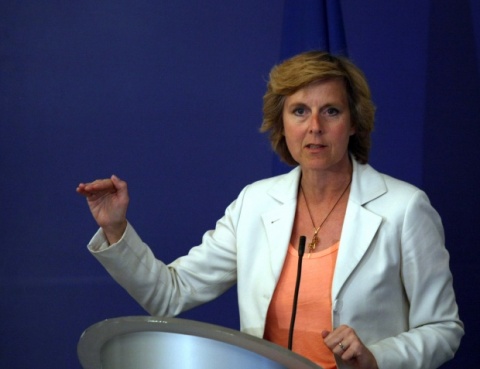 The Commissioner noted the issue with the attack was an internal matter for Bulgaria, but nevertheless stressed Bulgarian institutions must conduct a probe and hold the people behind it responsible. She underscored any such incident is an unacceptable attack on rule of law.

Graham Watson, President of the European Liberal Democrats, voiced concern about the state of the judicial system over the hooliganism charges against the perpetrator, pointing out the July report of the EC under the verification and cooperation mechanism also brought similar concerns to the forefront.

The debate came on the request of the Group of the Alliance of Liberals and Democrats for Europe, ALDE, and its Chair, Guy Verhofstadt. The request was supported by the group of the Socialists.

Earlier in January, Verhofstadt announced the request was related to the "Dogan incident."

On January 19, police in Bulgaria detained a man after he pointed a gun at Ahmed Dogan, leader of the opposition ethnic Turkish party Movement for Rights and Freedoms as he was delivering a speech at the party conference in the capital Sofia. No shots were fired. The man was identified as Oktay Enimehmedov, a 25-year-old ethnic Turkish resident of the city of Burgas.

Enimehmedov was lynched by DPS delegates after the attack.

Enimehmedov says he did not actually want to kill Dogan, but to scare him. The gun was established to have been a gas pistol, which cannot be deemed a murder weapon.

Enimehmedov is charged with grave hooliganism and death threat. Two instances of Sofia's Courts ruled to keep him under permanent detention.