EP to Discuss Rule of Law in Bulgaria 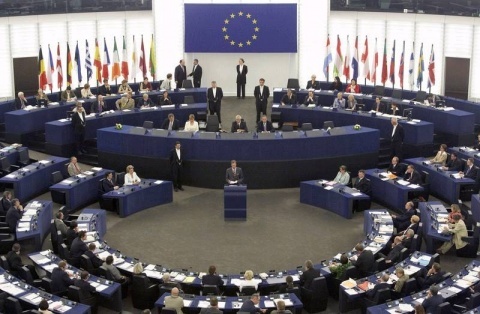 On February 6, the European Parliament will hold a debate on freedom and rule of law in Bulgaria. Photo by europe.bg

Member of the European Parliament will debate freedom and the rule of law in Bulgaria with the Council Presidency and Commissioner Connie Hedegaard on Wednesday afternoon.

The discussion is to focus on the assault on Ahmed Dogan, leader of Bulgaria's Movement for Rights and Freedoms party, who was attacked with a gas pistol last month.

January 31 was the deadline to approve or reject the debate request of the Group of the Alliance of Liberals and Democrats for Europe, ALDE, and its Chair, Guy Verhofstadt. The request was supported by the group of the Socialists.

Earlier in January, Verhofstadt announced the request was related to the "Dogan incident."

The EPP group condemned the attack on the honorary, lifetime leader of Bulgaria's ethnic Turkish party Movement for Rights and Freedoms (DPS), Ahmed Dogan, but stressed the incident should not be politicized.

Ahmed Dogan, founder and leader of the ethnic Turkish DPS party ("Movement for Rights and Freedoms"), was the target of a gas pistol attack right on the floor of a party conference on Saturday by 25-year-old Oktay Enimehmedov, also a Bulgarian citizen from ethnic Turkish origin. No shots were fired. Enimehmedov was lynched by DPS delegates after the attack.