Bulgaria: Hezbollah's Involvement in Burgas 'Won't Be Without Consequences' 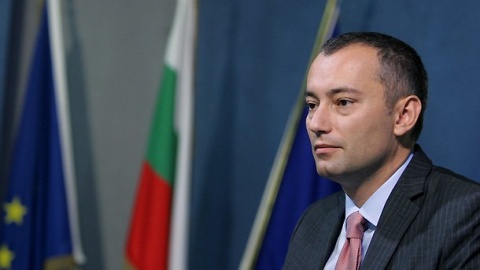 "For six months we haven't said anything, but now we have very strong evidence that those who planned and executed the bombing are from the military wing of Hezbollah...we will take what we have to our colleagues at the EU and discuss with them on what position we can take to make sure that don't happen again," Mladenov has told al-Arabiya.

The Bulgarian Foreign Minister has told al-Arabiya that the possibility of labeling Lebanon's militant movement, Hezbollah, as a terrorist group has been "on the table" for a while but his government did not want to make any official comments on the issue before showing any tangible evidence.

Mladenov told Al-Arabiya that the next step would be to reach out for judicial cooperation from Lebanon. He said a request for information was sent to the Lebanese authorities, similarly to Australia and Canada. The minister, however, didn't give any further details on the type of information requested.

Mladenov said that during the day he had very positive phone conversations with both Mikati and his Lebanese counterpart, Adnan Mansour - the latter an ally of Hezbollah - who both sent strong messages about Lebanon's commitment to fight terrorism, al-Arabiya informs.

Bulgarian Interior Minister Tsvetan Tsvetanov stated Tuesday that Bulgarian investigators had "a well-founded assumption" that the perpetrators of the deadly attack belonged to the military formation of Hezbollah.