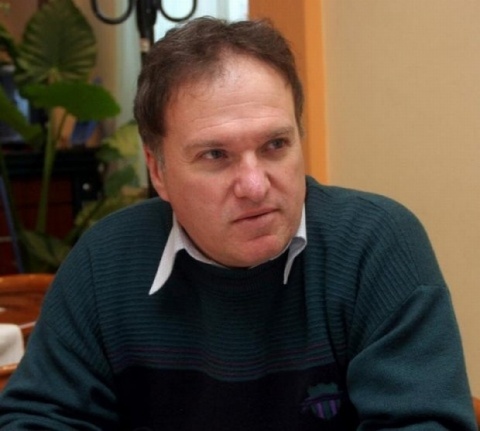 An exclusive blitz interview of Novinite.com (Sofia News Agency) and Novinite.bg with Bulgarian Arab Studies expert, prof. Vladimir Chukov, on the Bulgarian government report on the role of pro-Iranian Lebanese group Hezbollah in the Burgas Bus Bombing, which killed 5 Israeli tourists and a Bulgarian driver on July 18, 2012.

The information on the involvement of members of the military wing of Hezbollah was reported by Bulgarian Interior Minister Tsvetan Tsvetanov after a meeting of Bulgaria's Consultative National Security Council on Tuesday, February 5, 2012.

Do you believe the report of the government announced after the National Security Council that the pro-Iranian Lebanese group Hezbollah is behind the July 18, 2012, Burgas Bus Bombing is plausible?

First of all, it is essential to point out that there is no official position of the Bulgarian Presidency, which is an official institution of the Republic of Bulgaria on this issue. I would really like to stress that.

This means that the investigation of the Burgas Bus Bombing is still going on. What we learned about the report of the Bulgarian government on the investigation after the National Security Council sitting came from information leaked to the public which I believe is a kind of test.

But the wording that the Bulgarian government chose with respect to the role of Hezbollah in the Burgas Bus Bombing is very interesting. It is a "hybrid", to put it that way, and sounds like "Having your cake and eating it, too!"

Because the emphasis in it is not not Hezbollah's involvement but on the military wing of Hezbollah. I suppose that this wording was suggested by London.

The UK is the only nation that employs a similar approach. This means that it is the military wing who are the terrorists, not the politicians from the respective group. That way, as a whole, the Bulgarian government is trying to please both sides.

What sort of a reaction do you expect from Hezbollah and Iran now that the Bulgarian government did name the Lebanese group as being involved in the Burgas Bus Bombing?

We'll see, this information right now is a test. There is no formally adopted position of the Bulgarian state. This is just sounding it out.

Hezbollah and Iran have learned what the report of Bulgaria's Consultative National Security Couincil says.

Bulgaria's authorities have left some room for manoeuvring and reaction. This is a very shrewd move on part of Bulgaria.

Up until now, Bulgaria's government adamantly refused to name Hezbollah as the culprit for the Burgas Bus Bombing, unlike Israel. Does this development mean that Bulgaria is getting even closer with Israel, and is committed to Israel's position?

Actually, I think it's more like the other way around. I will mention once again that the Bulgarian government report is about the military wing of Hezbollah, not about the very organization Hezbollah itself.

This means that Bulgaria will be able to talk to the Lebanese MPs from Hezbollah the way Britain is doing it.

So technically, this is a hybrid situation that goes to suggest that there little chance that Bulgaria will name Hezbollah and Iran as culprits.

Because so far whoever named Iran as the culprit for similar terrorist attacks as the one in Bulgaria's Burgas, was always summoned to an international court by the Iranians. We can guess that Bulgaria hardly wants to be subject to that.

Are the closer ties of the current Bulgarian government with Israel beneficial or harmful for Bulgaria's interests?

It's very complicated. To put it bluntly – Bulgaria has had to be involved in some very serious politics beneath the surface.

The government of Prime Minister Boyko Borisov was in a very complex situation of having to make a choice between Washington and Brussels.

Germany and France don't want Bulgaria to name Hezbollah as the culprit for the Burgas Bus Bombing, and the EU to designate it as a terrorist organization. But Washington and Tel Aviv want exactly that.

Bulgaria has been between the hammer and anvil. The Bulgarian government chose the wording they chose, and we will see the reactions in the following days.

Apparently, the situation of the Bulgarian government is a very hard one.

But I wish to stress again – there is no official position of the Bulgarian Presidency as of today.

THIS INTERVIEW IN RUSSIAN