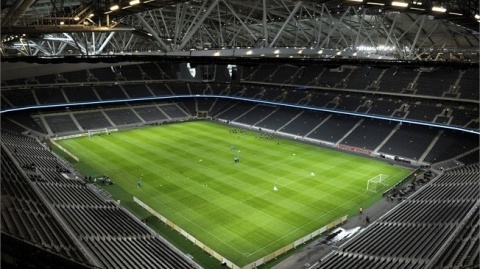 The Bulgarian Football Union has lost its appeal against the sanction levied against it by FIFA for supporter racism, it was made clear on Tuesday.

"The appeals lodged by the Hungarian Football Federation and Bulgarian Football Union were both rejected and the decisions of the FIFA Disciplinary Committee rendered on 20 November 2012, are confirmed in their entirety," FIFA has said in a statement.

"Should such incidents of a racist/discriminatory nature occur again, the FIFA Disciplinary Committee would be left with no other option than to impose harsher sanctions, which could go as far as forfeiting a match, a points deduction, or disqualification from a competition."

Bulgaria will have to play with no audience its next qualifying game, scheduled for March 22 against Malta. In addition, the Bulgarian Football Union will have to pay a fine of CHF 35,000.

The punishment was imposed by FIFA's disciplinary committee after a group of supporters racially abused Denmark substitute Patrick Mtiliga every time he touched the ball in October's Group B qualifier in Sofia.