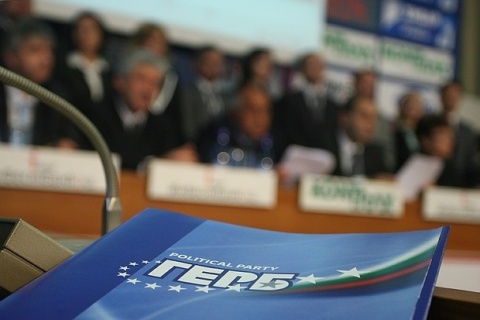 The ruling Citizens for European Development of Bulgaria party, GERB, has issued a declaration strongly condemning "clandestine methods and discrediting war" waged against the formation.

The declaration was issued Monday in the aftermath of the scandal, already codenamed "The Buddha File."

A leaked document, released by the site for investigative journalism Bivol.bg on Sunday, revealed that current Prime Minister, Boyko Borisov, has been recruited in the past as a secret agent of the Central Services for Combatting Organized Crime, CSBOP. Borisov's codename was Buddha.

In the declaration, GERB state they are firmly opposing "yet another scenario against the leader of the party and PM of the country; a scenario to replace the agenda; a scenario that looks like a political bargain between former coalition partners and their recent opponents."

The ruling party notes that since 2005, when Borisov ran for Mayor of Sofia, every time elections are on the table, similar insinuations inundate the internet with the sole goal to tarnish the image of a person, who "beat his adversaries 7 times in a row so far."

The declaration further stresses such selfish goals threaten stability in country. It adds that the positive change in the everyday lives of Bulgarians and GERB's policy of reforms are obviously irritating the already failed opposition parties – the left-wing Bulgarian Socialist Party, BSP, and the right-wing Democrats for Strong Bulgaria, DSB.

"It is clearer and clearer the attack against GERB and its leader Boyko Borisov is not simply political, but reveals how certain financial resources have been affected...After GERB obstructed interests of a circle of oligarchs; after we largely halted the gray economy; waged a battle against corruption and organized crime, including the economic organized crime, we are not surprised by the model of publishing discrediting information, launched in the eve of the general election. We can say with regret now that the election campaign will be mostly black PR. For us, it is crystal clear who would gain political benefits from the launch of this scenario. We strongly condemn the attempts to replace the agenda with scandals and clandestine methods. We support the effort of the Cabinet and the PM to secure a better live for Bulgarian citizens; we stand firmly behind his every action, and we declare that we would not bent to provocations," the declaration reads.