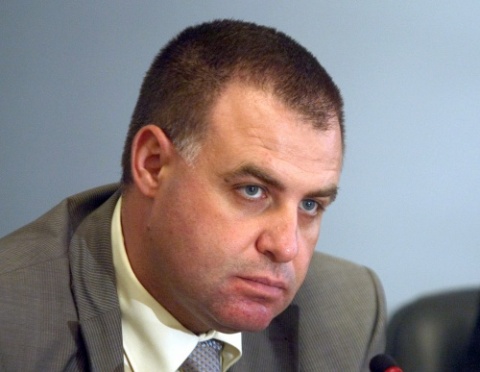 Bulgaria's Agriculture Minister, Miroslav Naydenov (pictured) has fired the Director of the Blagoevgrad Forestry Agency over accusations of corruption. Photo by BGNES

The Director of the Regional Forestry Agency in the southwestern city of Blagoevgrad, Ivan Gergov, has been fired.

The decision was made after the parliamentary committee dealing with high-level corruption cases received a tipoff against him.

Only a week ago, the Chairman of the committee, Yane Yanev, leader of Bulgaria's conservative Order, Law and Justice party, RZS, announced the committee was working on a tipoff against Gergov, alleging abuse of power.

The committee has ordered a full probe of documentation relating to written alerts about systematic violations of the law in the Blagoevgrad Regional Forestry Agency.

"I hope other ministers will follow the example of Agriculture Minister, Miroslav Naydenov, and part without hesitation with people exposed for corruption. It is unacceptable to racketeer manufacturers, wood processing and felling businesses, to practice consistently abuse of power and trading influence, insolently and unscrupulously, as it happened within the Blagoevgrad Forestry Agency," Yanev stated.

Stoyan Kovachev is the interim Director of the Agency.