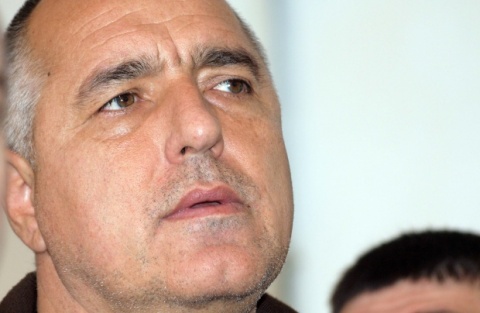 Bulgarian PM Borisov has allegedly confirmed a file codenamed "Buddha" about him as a mafia informant does exist. Photo by BGNES

Bulgarian Prime Minister Boyko Borisov has reportedly admitted the existence of a file codenamed "Buddha", which is alleged to contain information about his recruitement by Bulgaria's anti-mafia unit as an informant in the 1990s.

Borisov himself has announced that a file codenamed "Buddha" does exist, as cited by the Sega daily Monday afternoon.

Earlier on Monday, Bulgaria's Prime Minister Boyko Borisov vehemently denied allegations of having been recruited in the past as a secret agent of the Central Services for Combating Organized Crime.

The emotional statement came in response to a leaked document released by the site for investigative journalism Bivol.bg on Sunday, which reveals that current Prime Minister, Boyko Borisov, has been recruited in the past as a secret agent of the Central Services for Combatting Organized Crime, CSBOP. Borisov's codename was Buddha.

The proposal to recruit Borisov dates from the distant date December 1996, when the late member of the Bulgarian Socialist Party, BSP, Nikolay Dobrev was Interior Minister, while Socialist, Zhan Videnov, was Prime Minister.

The officer, who has written and signed the proposal, is Mladen Georgiev, the current Chief Secretary of the State Agency for National Security, DANS, and former Director of Borisov's private security company IPON.

Georgiev grounds the proposal to recruit Borisov on the latter's "decriminalizing behavior," and his suspected ties with organized crime.