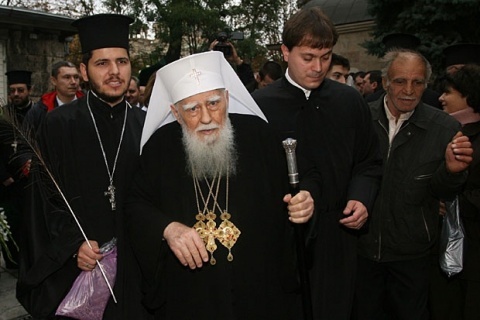 Bulgarian Patriarch Maxim, who led the Church since 1971, passed away on November 6 2012 at the age of 98. Photo by BGNES

The Bulgarian Orthodox Church will announce its new Patriarch on February 24, local clerics confirmed on Monday.

An election of delegates who will elect the church's new Patriarch was held in January.

The delegates will convene on February 24 to elect Bulgaria's new Patriarch, out of the three candidacies proposed by the Holy Synod one week ahead.

A candidate must be a serving metropolitan bishop, to have been in that position for at least 5 years, and to be over 50 years of age.