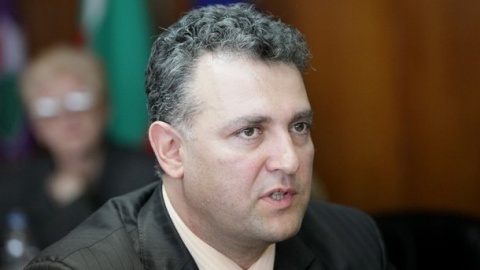 The ruling party GERB could decide to unfreeze the project to build a second Nuclear Power Plant in the Danube town of Belene.

The surprising statement was made Friday by Valentin Nikolov, CEO of the Kozloduy NPP, speaking before the Bulgarian National Television, on what would follow now, when the results of the referendum on nuclear energy are already known.

The results of the January 27 referendum on the development of nuclear energy in Bulgaria through the construction of a new nuclear power plant showed that the issue would be conclusively decided by Bulgaria's Parliament.

Nikolov, who was a Member of the Parliament from the Citizens for European Development of Bulgaria party, GERB, before becoming the CEO of Bulgaria's only NPP, told the hosts that Belene could be resuscitated if a strategic investor emerges.

"I am not ruling out a new trend regarding the second NPP. GERB has not given up entirely on it; it was just frozen over the lack of investor. The top issue is the price of the project, including the price of storing the used nuclear fuel. You know that under a new EU directive, we would not be able to export it to Russia," said he.

Nikolov's words clashed with recent statements of Prime Minister Boyko Borisov that the project is not only frozen, but "buried." GERB already declared they will submit in the Parliament a new proposal to halt the Belene NPP project. According to them, the referendum results showed Bulgarians do not want to have it.

The CEO, however, reiterated if Belene was to remain frozen, the reactor that has been already constructed in Russia would be mounted in Kozloduy.

"When there is political will, all procedures for it can happen quickly despite the numerous licenses and certificates that would be required. NPP Kozloduy generates revenues. After we receive licenses for extending the life of the existing units, we will be able to finance a 7th unit as well. Of course, we need this unit. I am firm it would happen. No one has ever said there is no future for nuclear energy in Bulgaria," he explained.

The construction of a seventh unit, of 1000 MW, at the Kozloduy NPP instead of building two 2000 MW units in Belene, and the extension of the lives of the two running Kozloduy reactors has been touted by Bulgaria's rulers GERB as a key solution for the nation's energy issues.

Under the law, the recent referendum results impose for the Belene NPP to be put back on the agenda, as voter turnout slightly exceeded 20%. 61% of the voters said "yes" to the question; 39% cast a "no" ballot.

At the end of September, US-registered Global Power Consortium expressed interest in taking over the Belene project and in building it without state funds or guarantees.

According to Bogomil Manchev, owner of the "Risk Engineering" company and consultant for the alleged US investors for the project, the consortium brings together the US investment fund Quantum Group, two large strategic investors, a big US bank and one operator.

Borisov said then the talks with the private investor interested in the implementation of the Belene NPP should be stopped until the results of a referendum on the project come out.

However, rumors that GERB is holding secret negotiations with the shady consortium continue to circulate in Bulgaria.