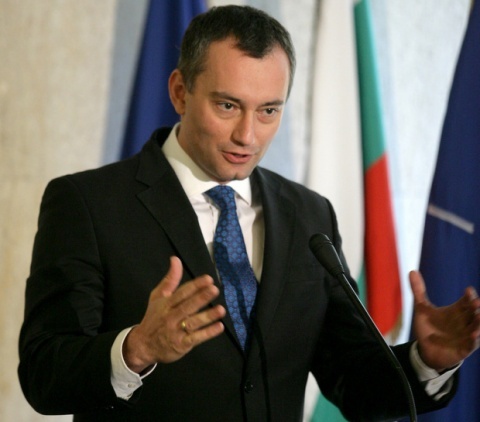 Bulgarian Foreign Minister Nikolay Mladenov has criticized recent claims made by British media and politicians that hundreds of thousands of Bulgarian and Romanian workers will "flood" the UK after the end of 2013.

"The type of speech  being used in the campaign in the United Kingdom against a possible "flood of Bulgarians and Romanians" after January 1 2014 complies neither with the values nor the principles of the EU. This is especially valid for a country that is a leader in all international formats for the defence of human rights," Mladenov has told reporters in  Brussels.

"There is no danger of Bulgarian and Romanian citizens "flooding" the UK after January 1 next year," he noted, highlighting the example of Ireland, where after the local labour market was opened to Bulgarian citizens, the "flow" there increased by only 930 people.

As regards the requirements for restrictions on EU labour market access on Bulgarians and Romanians to be removed next year, Minister Mladenov said that this issue did not only affect the UK but represented the end of the transitional period agreed during the accession of Bulgaria and Romania to the EU.

"If an EU country wants to review its social welfare system if it is afraid that it could be misused, it may do so, but not in a way that would be discriminatory," Mladenov reminded, as cited by Bulgaria's Foreign Ministry.

Mladenov revealed that he had a detailed meeting with UK Foreign Secretary William Hague. They discussed the campaign as well as the issue of work permits for Bulgarian students, a matter that is expected to be resolved soon.

Romania and Bulgaria's citizens can move to Britain for work when temporary limits expire on December 31 2013.