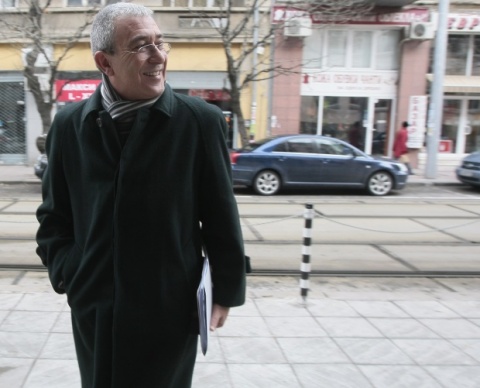 The Chairman of Bulgaria's Supreme Court of Cassations, Lazar Gruev, says the recent downtown Sofia mafia shooting is a very brazen attack on all Bulgarian citizens. Photo by BGNES

Gruev's proposal came two days after the broad daylight shooting at Bulgarian crime boss Zlatomir Ivanov AKA Baretata on the steps of the main courtroom building in the very heart of the capital Sofia, at one of the busiest spots in the city.

The magistrate reminded Thursday that a decree to secure the perimeter around court buildings has been issued as early as 1998, but no one had applied it.

"The shooting was a very brazen attack, not only on Baretata, but on all Bulgarian citizens," said he, adding he has already spoken to Chief Prosecutor Sotir Tsatsarov about the issue, and had insisted on adherence to the Judicial Power Act.

Gruev noted providing security of courtroom buildings is the duty of the Justice Ministry, while the Interior Ministry is responsible for general public order and only for determining the perimeter of the security zones near court facilities.

In addition to the shooting, a wave of fake bomb threats has recently prompted closure of courts in Sofia and several other large cities.

"You see security zones around all other State institutions. Have you noticed any taxi cabs in front of the buildings of the Council of Ministers, the Parliament, or such free access inside them?," Gruev asked rhetorically.