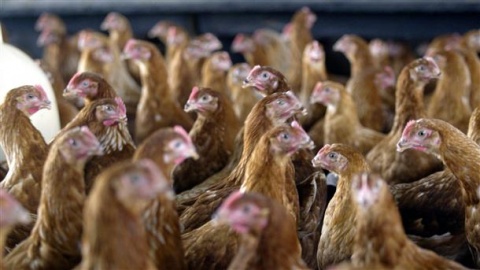 Belarus is imposing temporary restrictions on the import of poultry and poultry product from Bulgaria to prevent a spread of Newcastle disease. Photo by BGNES

Belarus is imposing temporary restrictions on the import of poultry and poultry product from Bulgaria to prevent a spread of Newcastle disease.

The step was reported by Belarusian Telegraph Agency BelTA, citing a media statement of the local Agriculture Ministry.

At the end of last week, Bulgaria's Ministry of Agriculture and Food reported that instances of Newcastle disease had been detected in the southern village of Zvinitsa, Kardzhali district.

The outbreak of the disease, however, was stemmed and all birds in the village were killed.

The residents of the village are to be compensated with a total of BGN 10 000 – 15 000 for the measure within days, according to reports of investor.bg.

Despite assurances that the outbreak of Newcastle disease in Bulgaria had been stemmed, Belarusian authorities have decided to restrict the import of poultry and poultry products as a preventive measure.

Newcastle disease, also known as pseudo-fowl pest, is a deadly viral infection of chickens, turkeys, and other domestic and wild birds.

The virus infects only birds and is not dangerous to humans.