China, Japan, US Interested in Building Unit 7 of Kozloduy NPP 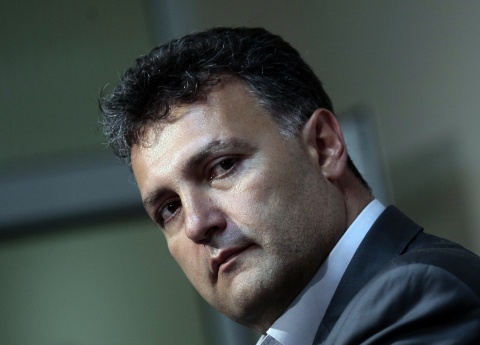 Valentin Nikolov, CEO of the Kozloduy NPP, has said that the project for the construction of a seventh unit at the plant has attracted the interest of companies based in the US, Japan, and China. Photo by BGNES

Valentin Nikolov, CEO of the Kozloduy NPP, has said that the project for the construction of a seventh unit at the plant has attracted the interest of companies based in the US, Japan, and China.

In a Wednesday interview for Capital Daily, Nikolov informs that the Kozlduy NPP will hold a majority stake in the future unit 7 of the N-plant, while a private company, which is yet to be selected, will control a 49% stake.

The CEO of the Kozloduy NPP does not mention concrete names of potential investors.

"If we say that the project costs around BGN 6 B, our participation of 49% will amount to slightly less than BGN 3 B. However, we must subtract the assets, including the licensed site, the completed feasibility studies, which means that we shall have to invest around BGN 2 B, according to rough calculations," Nikolov says.

He notes that the feasibility studies for unit 7 of the Kozloduy NPP cost slightly over BGN 7 M, compared to the BGN 14 M spent on the Belene NPP project.

An economic analysis is yet to be completed, indicating approximate prices of the concrete producers, which will allow the calculation of potential investment returns, the Kozloduy NPP CEO says.

The analysis is to shed light on the electricity needs of the region, the price of electricity, and the main rivals on the market.

According to Nikolov, the Kozloduy NPP has a huge advantage over other electricity producers because it generates cheap electricity which can be used to make a competitive mix.

Nikolov emphasizes that no nuclear power plant project can secure a return on investment amid such market turbulence where the price of electricity is BGN 60 MW/h.

He also says that electricity prices in general are falling dramatically, which will have an impact on the entire energy sector.

The Kozloduy NPP CEO further informs that all decommissioning activities for units 3 and 4 of the N-plant are recorded on cameras which were installed after Delyan Dobrev was appointed Economy and Energy Minister.

He boasts that all activities are already proceeding according to schedule.

Nikolov adds, however, that there is a lack of experience in decommissioning activities on a global scale and Bulgaria is still learning.

The construction of a seventh unit, of 1000 MW, at the Kozloduy NPP instead of building two 2000 MW units in Belene, and the extension of the lives of the two running Kozloduy reactors has been touted by Bulgaria's rulers GERB as a key solution for the nation's energy issues.

The results of the January 27 referendum on the development of nuclear energy in Bulgaria through the construction of a new nuclear power plant showed that the issue would be conclusively decided by Bulgaria's Parliament.