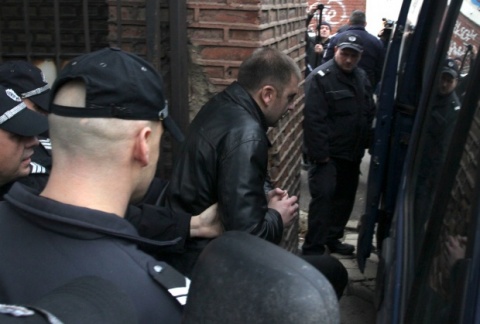 On January 19, Ahmed Dogan, founder and leader of the DPS party ("Movement for Rights and Freedoms"), was the target of an attack right on the floor of a party conference by 25-year-old Oktay Enimehmedov, also a Bulgarian citizen from ethnic Turkish origin. However, the gas pistol that Enimehmedov pointed at Dogan's head misfired.

Enimehmedov, who is charged with making death threats and grave hooliganism, appeared for a Court hearing Tuesday to ask the magistrates to change his permanent detention with house arrest.

On January 22, the Sofia Regional Court ordered permanent detention for the young man.

Enimehmedov pledged then he would not hide, but said he was worried about being killed if he would be let at large. He further stressed he hoped for a fair trial.

"I don't regret at all what I did. I did not want to kill Dogan, but to scare him, and I am only sorry that my gun misfired," said he.

Tuesday, the Regional Court upheld the rule in grounds Enimehmedov committed an extremely serious violation of public order and masterminded a crime.

The judge, however, noted he was unlikely to hide because he had provided exact IDs and a permanent address.

The trial was delayed by the shooting in front of the Court building of convicted top Bulgarian mobster, Zlatomir Ivanov AKA Baretata, but nevertheless started later.

DPS insist Enimehmedov has attempted political murder and was hired by someone else to do it.