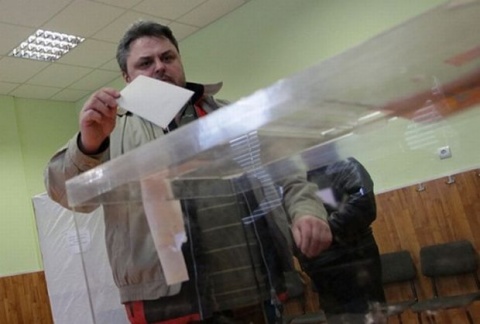 A total of 21% of the eligible voters cast their votes in Bulgaria's nuclear energy referendum on Sunday, according to data from the 100% completed parallel vote count by polling agency Alpha Research.

The agency said this meant about 1.4 million voters cast their votes in Bulgaria on Sunday; of those, 61% voted in favor of the construction of a second nuclear power plant, and 39% voted against.

The Bulgarian citizens were supposed to answer "yes" or "no" to the following question: "Should nuclear energy be developed in the Republic of Bulgaria through the construction of a new nuclear power plant?"

According to Alpha Research's exit poll results announced earlier, 20.3% of eligible voters in Bulgaria cast their votes in Bulgaria's first national referendum after 1989 on Sunday, as of 6 pm local time. The exit polls also found that of those who voted, 60% voted in favor, and 40% voted against a second NPP.

A total of 4 345 450 people were supposed to cast a vote for the decision of the voters to be binding. As the turnout is over 20%, and more than half of the votes are positive, then the question is tabled for debate to parliament.

The voting in the referendum started at 6 am on Sunday and ended at 7 pm.

The Socialists got the referendum through after some 770 000 Bulgarians signed their petition, with 500 000 signatures needed to make a referendum petition binding.

Bulgaria's Central Electoral Commission had registered four initiative committees for the informational campaign for the referendum.

Only the one of the Socialists campaigned in favor of a second NPP, and more specifically – the Belene NPP. It was headed by Prof. Stefan Vodenicharov, the newly elected chair of the Bulgarian Academy of Sciences.

The ruling party GERB's committee initially also intended to campaign in favor after it was GERB who change the referendum question omitting the Belene NPP from it.

Subsequently, however, Prime Minister Boyko Borisov changed his mind, and urged GERB voters to vote with "no" because the referendum question anyway referred to Belene, and GERB was against the project.

Two other committees of smaller parties – Democrats for Strong Bulgaria and the United People's Party – also campaigned against a second NPP.

The referendum result will be binding if more than 4 225 000 Bulgarians cast their votes. If more than 20% vote in favor, the decision will be made with a vote in the Bulgarian Parliament.