Bulgaria's Top Diplomat Votes No on Belene NPP in US 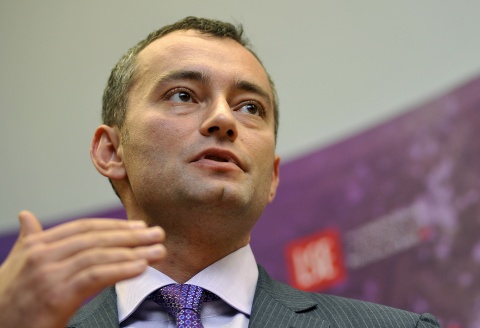 Bulgaria's Foreign Affairs Minister, Nikolay Mladenov, has cast his ballot in the country's first national referendum since 1989 in Washington DC.

Mladenov voted in the poll located in the Bulgarian Embassy in the US capital, where he arrived Sunday for a one-day working visit.

"I voted against the obsolete, costly and unsafe project to build a second Nuclear Power Plant in the Danube town of Belene," the Minister declared after casting the ballot.

A turnout of 20.3% was announced Bulgaria's Alfa Research polling agency minutes at the closing of the polling sections at 7 pm.

The referendum asks the question "Should nuclear energy be developed in the Republic of Bulgaria through the construction of a new nuclear power plant?"

The vote will be binding if the number of votes equals that of votes at the last parliamentary elections, 4,225,124, and if more than half of them vote "yes".

If less people vote on the referendum, but if the turnout is over 20%, and more than half of the votes are positive, then the question is tabled for debate to parliament.