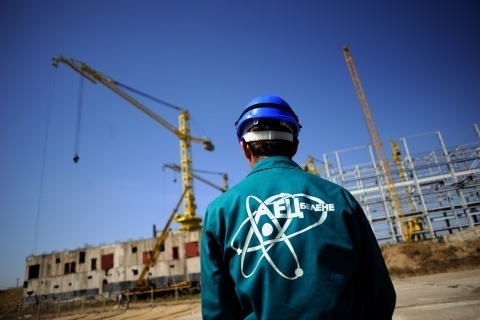 Bulgaria holds a referendum on 27 January on whether the country should build a second nuclear power plant.

The vote has polarised opinion in the country, where nuclear energy has been a sensitive political topic ever since Bulgaria had to close four of its old reactors at the Kozloduy plant as a precondition for its 2007 EU membership.

The referendum is also seen as an exercise by the two main political parties in testing the waters ahead of this year's parliamentary elections, and a reflection of attempts to break free from Russian energy dominance.

What prompted the referendum?

A March 2012 decision by the ruling centre-right GERB party to discard plans for building a second nuclear plant at Belene on the Danube led to a petition by the opposition Socialists. It gathered more than half a million signatures, enough by law to compel the authorities to organise a referendum. The Socialists are seen as closely linked to the Belene project. In 2008, the then BSP-led coalition government granted the construction contract for the plant to Russia's state company Atomstroyexport.

Belene, whose construction started in the 1980s but was later frozen, has already sucked in more than EUR 1 B (GBP 851 M; USD 1.3 B). The government says Bulgaria cannot afford to invest EUR 10 B more during a crisis. This would also make the price of electricity from the new plant unaffordable for consumers. The opposition, however, say that Belene would cost much less, between EUR 4 and 6 B euros, which would mean cheaper electricity.

Supporters argue that, with a second nuclear plant, Bulgaria will not have to import electricity from neighbouring Turkey and Romania, who are speeding up plans for nuclear energy development. Opponents, however, dispute the suggestion that a new plant would lead to energy independence. They are worried that Belene, would only increase Bulgaria's reliance on energy from Russia, which currently supplies almost all of the gas the country needs. The US welcomed the halt to the second plant project. In April 2012, the then US ambassador to Sofia, James Warlick, told Bulgarian National TV it was a "well-considered and proper decision". Although denying any pressure on Sofia to abandon Belene, Washington is lobbying for Bulgaria to resume the search for alternative energy sources, such as shale gas. In January 2012, the Bulgarian parliament banned the drilling for shale gas by fracking after widespread protests by ecologists. Because of this, US energy giant Chevron lost its shale gas exploration permit.

Does the vote matter?

If the referendum gives an overwhelming "yes" to a second plant, the government will have to listen. However, there is no binding deadline for the authorities to start work on it. The latest polls also predict a low turnout, which may render the referendum invalid. The law requires that at least 60% of the electorate must take part, the same number as those who voted in the country's last general election.

What happens if the vote is void?

No matter what the result, Bulgarian analysts say the vote is mainly a political exercise in sounding out opinion ahead of parliamentary elections expected this summer. Having initiated the referendum, the Socialists are trying to present the ruling party as going against the national interest, and want to summon support among people who would not usually vote for them, but feel passionate about the need for a second plant. January opinion polls suggest the Socialists have increased their support because of the nuclear referendum campaign, and are now close behind the ruling party in popularity.