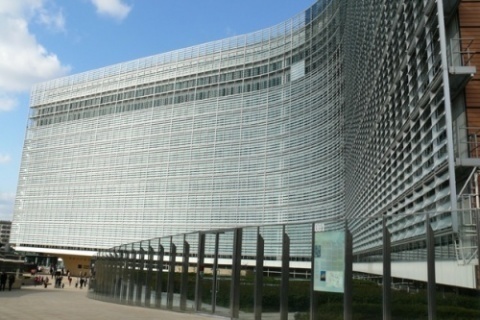 Bulgaria has failed to escape EU court over the controversial tenders for the operation of what will be the country's DTT multiplexes.

The European Commission announced on Thursday that it has decided to refer Bulgaria to the EU's Court of Justice over the assignment of digital broadcast spectrum.

The Commission found that the procedure followed by Bulgaria was based on disproportionately restrictive award conditions, leading to the exclusion of potential candidates.

The efficient reallocation of radiospectrum as a result of the transition from analogue to digital broadcasting (the 'digital dividend') is part of the EU’s policy objectives under the Digital Agenda.

"In order to ensure that this process leads to the entry of new players capable of enhancing competition in the market and expanding viewer choice, the Commission has adopted a set of rules for the allocation of this extra spectrum capacity. These rules require that spectrum is allocated under open, transparent, objective, non-discriminatory and proportionate criteria."

The Commission considers that Bulgaria did not comply with these requirements of the mentioned Directives when it assigned in 2009 five DTT broadcasting spectrum lots via two contest procedures, limiting without justification the number of companies that could potentially enter the market.

Moreover, it said, the selection criteria of the contest procedures were disproportionate, refusing applicants that had links with content providers (TV channels operators), including operators active only outside Bulgaria, or with broadcasting network operators, in breach of the three directives.

Should the judges at Luxembourg court rule against Bulgaria, the country may be forced to pay hefty fines, worth up to EUR 200.000 per day.

The European Commission issued in March a final warning to Bulgaria over the tenders and said the country will face the EU highest court unless it informs it of the measures taken to address the breach of EU Law.

The deadline for Bulgaria's replies expired on July 21.

The Commission considered that Bulgaria did not comply with the requirements of the Competition Directive when it assigned in 2009 the five spectrum lots available for digital terrestrial broadcasting via two contest procedures, limiting without justification the number of undertakings that could enter the market concerned.

The European Commission decision took the form of a reasoned opinion, the second step in infringement proceedings under Article 258 of the TFEU.

In a bid to prevent legal action by the European Commission, Bulgaria decided at the end of December 2011 to hold a tender for yet another multiplex, its seventh.

The Commission however said it expects Bulgaria to publish the conditions of the tender as soon as possible, so that potential new entrants can prepare their applications, be selected and enter the market before the date set for the analogue switch off, September 1, 2013.