Bulgarian President on Macedonia: We Are No Second Greece! 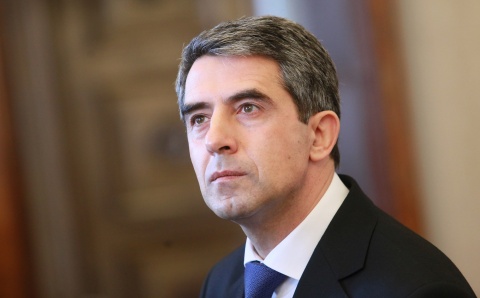 Bulgarian President Rosen Plevneliev has snubbed a comparison made by Macedonian media between Bulgaria and Greece over foreign policy issues. Photo by BGNES

Bulgaria's is not "a second Greece" with regard to its policy towards the Republic of Macedonia, Bulgarian President Rosen Plevneliev has declared.

"Let it be clear – Bulgaria is not a second Greece. Bulgaria doesn't wage a war [on Macedonia]. Not to mention that the argument that we are addressing some domestic issues with respect to the upcoming elections [by blocking Macedonia's EU talks date] is absurd," Bulgarian President Plevneliev elaborated, as cited by bTV.

He believes that "Bulgaria's responsible position is not to keep quiet but to impose a veto in the course of the talks for Macedonia's EU accession while being as well-intentioned as possible".

Plevneliev indicated a harder stance against anti-Bulgarian rhetoric in Macedonia, and demanded that Bulgaria and Macedonia sign a friendship treaty, an agreement on good-neighborly relations based on a 1999 joint declaration.