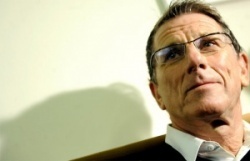 The Vienna State Prosecutor's Office has charged three people, including Peter Hochegger, who was involved in a scandal in Bulgaria, with helping to divert EUR 960 000 from Telecom Austria to right-wing party Alliance for the Future of Austria.

The sum of EUR 960 000 was redirected from the telecom prior to the 2006 parliamentary elections through two advertising agencies working for the Alliance for the Future of Austria by using fake invoices and without the knowledge of the shareholders and without getting an adequate service in return.

The three defendants face sentences of up to ten years in prison, if found guilty.

The current leaders of the Alliance for the Future of Austria party have distanced themselves from the events in 2006, saying that they would return the sum in question if the defendants were convicted and then try to restore the money through civil action.

Telekom Austria is the owner of Bulgaria's first and biggest mobile operator Mtel.

A report indicated that a part of the sum paid to Hochegger's company had returned to the PR agency owned by Monika Yanova, live-in girlfriend of then-Prime Minister Sergey Stanishev.

It was revealed that Hochegger, who had been awarded contracts in 2006 and 2008, had been involved with members of both the Bulgarian Socialist Party (BSP) and ruling center-right party GERB.

Hochegger was said to have worked with Rositsa Velkova, a PR specialist and alleged close friend of Interior Minister Tsvetan Tsvetanov, Yuliana Nikolova, Advisor to the Prime Minister on EU funds, and Ivaylo Georgiev, former director of the Arena Armeets sports facility, who is currently in charge of the National Palace of Culture (NDK).

A parliamentary ad-hoc inquiry committee set up to shed light on the circumstances surrounding the EUR 1.5 M contracts of the three-way coalition government with Peter Hochegger worked on the case for six months, after which it was referred to the parliamentary committee investigating high-level corruption.

During its last sitting in end-October 2012, the ad-hoc committee approved a report concluding that the two contracts with Hochegger had been signed without specifying a way of measuring the results.

Bulgarian socialists and the ethnic Turkish Movement for Rights and Freedoms Party (DPS) opposed the report, saying that it was aimed at tarnishing the bid of BSP leader Sergey Stanishev for President of the Party of European Socialists (PES).