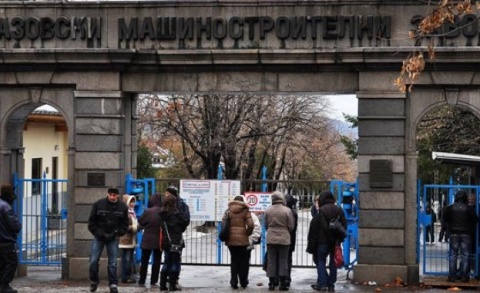 The Bulgarian Council of Ministers is examining Wednesday at the regularly scheduled meeting the future and the fate State-owned arms manufacturer, VMZ Sopot.

The Parliament is also going to examine a proposal to remove the plant from the list of privatization bans, after its sale failed through last week.

On Monday, the trade unions received the recovery plan and the negotiations on it are expected to start Thursday.

Meanwhile, the crisis and the workers' strike at the plant are entering their 21st day. The workers have not received salaries since October. High school students in the town even walked out of their classrooms to join the protest rally. Former employees have also supported them.

On Monday, the Plovdiv District Court started the bankruptcy trial against VMZ Sopot on the claim of the Mechanical Plant Devin for BGN 2.5 M in debt owed to it by the weapons manufacturer.