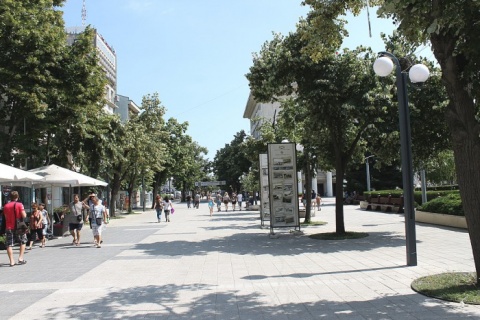 According to Euromonitor Internationa's ranking Top 100 Cities Destination ranking, a list of the world's top cities in terms of international tourist arrivals in 2011, Bulgaria's capital Sofia is lagging behind Burgas and Varna making it to the 96th spot.

Hong Kong topped the ranking with more than 20 million arrivals in 2011, a nine percent increase over 2010. Hong Kong remains largely dependent on arrivals from China, but new themed events organized by the Hong Kong Tourism Board helped draw in visitors from other Asian countries this year. Indonesia, South Korea, Singapore, Malaysia and Thailand all registered double-digit growth in the number of trips to Hong Kong.

Singapore's growth was driven primarily by large events like the Great Singapore Sales, Formula One Grand Prix and TravelRave, while London benefited from a wide mix of entertainment options and its position as Europe's best connected city.

"While many cities maintained their previous rankings, Vietnam showed a particularly strong performance with Ho Chi Minh and Hanoi experiencing over 40% growth for the second consecutive year," explains Caroline Bremner, Head of Travel and Tourism Research at Euromonitor International. "Although Hanoi and Ho Chi Minh City will continue to be top tourist attractions in Vietnam, future demand is likely to be driven by other Vietnamese cities including Hue, Hoi An, Nha Trang and Phu Quoc emerging as international tourists look to discover more new places."

Euromonitor International foresees an even stronger growth for arrivals in 2012. Because uncertainty in the global economy still exists, especially in the US and Europe, future growth will be driven by Asia Pacific, the Middle East, Africa and Latin America. Less visa restrictions will further encourage tourism flows over 2012-2016.