Brother of Failed Bulgarian 'Assassin' Says He's Proud of Him 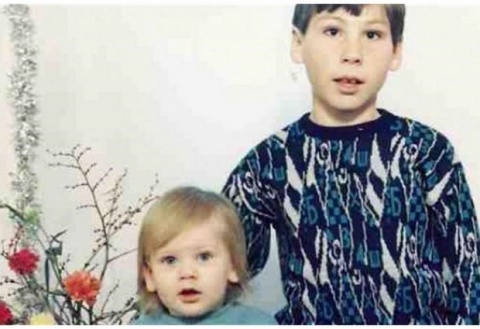 The brother of Oktay Enimehmedov, the man who shocked Bulgaria by pointing a gas pistol at the head of politician Ahmed Dogan, has expressed his support for him on Facebook.

"I am proud of you, my little brother!" Metin Enimehmedov wrote on Facebook Tuesday, according to reporters.

Metin has also stated that the Movement for Rights and Freedoms delegates who lynched his brother after the attack should face charges.

Ahmed Dogan, founder and leader of the ethnic Turkish DPS party ("Movement for Rights and Freedoms"), was the target of a gas pistol attack right on the floor of a party conference on Saturday by 25-year-old Oktay Enimehmedov, also a Bulgarian citizen from ethnic Turkish origin. No shots were fired.

Oktay reiterated on Tuesday that he did not want to kill Dogan, but to scare him. Authorities have revealed that the gas pistol that was used in the attack was not capable of putting a life in jeopardy.

Back in 2007 Metin Enimehmedov won a Ferrari as the grand prize in Bulgaria's dancing reality "Dance with Me". The elder brother of the failed "assassin" also finished second in the 2012 edition of "Bulgaria Seeks Talent", the Bulgarian version of "Britain's Got Talent. "