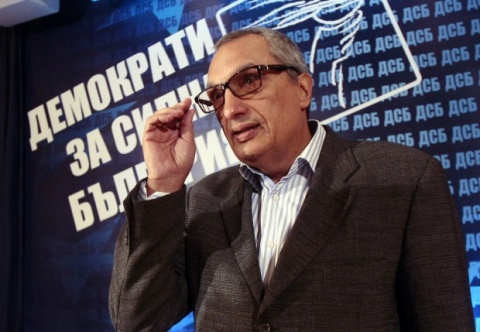 Ivan Kostov, leader of the Democrats for Strong Bulgaria party. Photo by BGNES

Ivan Kostov, leader of the right-wing Democrats for Strong Bulgaria party, has denounced Saturday's gun attack against Ahmed Dogan, leader of the ethnic Turkish Movement for Rights and Freedoms.

Police in Bulgaria detained a man after he pointed a gun at Dogan  as he was delivering a speech in the capital Sofia. No shots were fired. The man was identified as Oktay Enimemehmedov, a 25-year-old ethnic Turkish resident of the city of Burgas, with a previous criminal record for assault and theft.

In a statement, Kostov has described the attack as a "provocation against the country's political system," adding that those responsible for the accident should be quickly named.

Kostov has also criticized the Bulgarian Interior Ministry and the National Security Service for what he has perceived as their failure to react to the attack.

Dogan resigned his post as party chairman four hours after an attempt was made on his life.  His resignation had been rumored as incoming in the past couple of days.