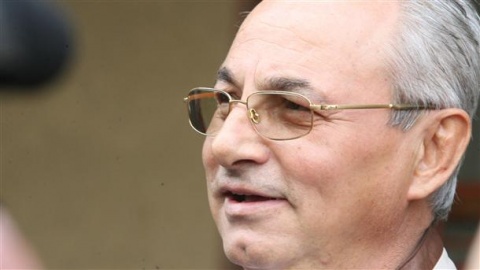 Ahmed Dogan, founder and leader of the Bulgarian ethnic Turkish party DPS (Movement for Rights and Freedoms), resigned his post as party chairman four hours after an attempt was made on his life.

With his resignation, Ahmed Dogan nominated his deputy Lyutvi Mestan as party leader.

Dogan was reading his long-anticipated report to the 8th DPS party conference at the National Palace of Culture in Sofia at about 12:30 pm on Saturday when a 25-year-old man from Burgas, Oktay Enimehmedov, pointed a gas handgun at his face but failed to produce a shot.

Ahmed Dogan survived intact but the conference was terminated for four hours.

Dogan showed up on the floor of the conference shortly after 4:30 pm local time, smiling and in good health, and his report was read from the conference floor on his behalf.

At the end of the report, Dogan's resignation was announced; it had been rumored as incoming in the past couple of days before the DPS conference, and is said to not have been caused by the attempt on the ethnic Turkish leader's life.