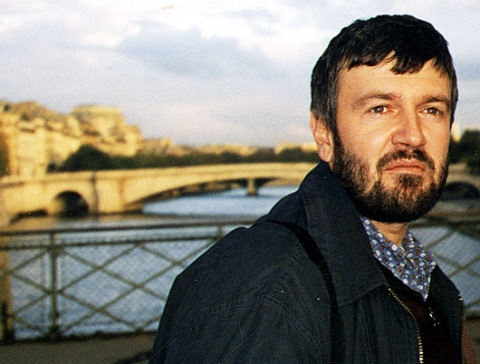 Tedi Moskov is one of the most famous directors both on the home and foreign front thanks to his innovative insight in theater plays such Jam, A Servants' Comedy, The Master and Margarita, Sireno de Berjerak and the movie Rhapsody in White. File photo

True to his style, theater, television and film director Tedi Moskov, the man behind the popular Monty Python style TV show The Street, has urged levying a tax on Bulgarian popfolk music or chalga - as it is derogatorily called.

"I respect Azis (the platinum blond, openly gay King of Bulgaria's popfolk) as a singer, I have heard he is good at singing jazz too. But I really believe the state should introduce taxes on chalga music singers and authors. The revenues can be used for helping true art," Moskov told 24 Hours daily.

The statement came in response to the news that Bulgaria's biggest broadcaster of this type of music has landed recently an EU grant of EUR 1 M.

The news sparked fierce opposition among artists, including Tedi Moskov. He however denied to have drummed support for a revolt against the project of Payner company, as claimed by Azis in his Facebook.

Moskov is best known for the popular Monty Python style TV show The Street and the famous theater plays Jam, A Servants' Comedy, The Master and Margarita and the movie Rhapsody in White.

Writing in Facebook, Azis was quick to brutally insult the respected and alternative director, saying that instead of commenting the Payner EU grant, he'd better "take a shower".

After years of austerity during the communist regime, the long-overdue opulence and anti-institutional flavor that this music brings has turned into a lifestyle and is considered prestigious.

Abroad, Azis and his female colleagues have replaced the weightlifters, the cheese and the yogurt as the new stereotype about Bulgaria. Azis's only aim – not only on the stage, but in his real life as well – is to break stereotypes, to provoke, that's why he relies on being different.

The same holds true about his female colleagues, who impose the image of the woman as a sexually insatiable monster, who is ready to ignore all ethical rules in the name of her immediate interests and short-lived pleasure.